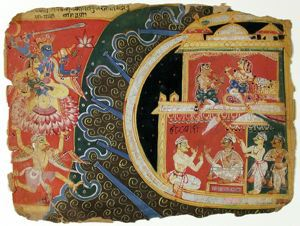 Your current search criteria is: Portfolio is " South and Southeast Asia" and [Object]Obj. Type is "Watercolor Painting" and [Object]Century is "16th century" and [Object]Period/Reign is "Sisodia Dynasty/Maharana Udai Singh II (1540-1572)".