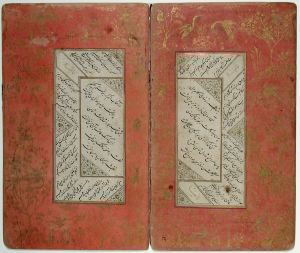 Your current search criteria is: Portfolio is " Middle East" and [Object]Period/Reign is "Shah Tahmasp Safavi" and [Object]Obj. Type is "Manuscript Calligraphy".